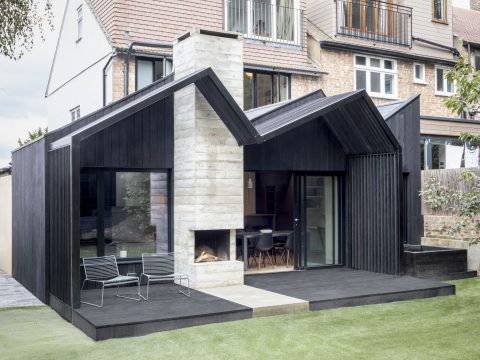 Two major issues come to mind while evaluating the size of an expansion. The laws governing permitted development and planning are
one example. The other factor is the proximity of the expansion to the boundary. Different laws and processes will be helpful for your
home expansion ideas, depending on your property and location.

When your extension is near to the shared border with your neighbours, there are a few factors to keep in mind.

How close can they be built if we share a border with our neighbours?

In most instances, your property will be bordered on one or both sides by immediate neighbours. In this situation, you usually have the
following choices:

Under permitted development or with planning approval, you may build up to 5cm from the neighbouring border. When negotiating a party
wall agreement with your neighbors is difficult and a long party wall agony is not desired, this approach can be useful.

Build on the boundary line and make an arrangement with your neighbour for a party wall. This will offer you the most room and is the
ideal choice if your neighbour is ready to agree to a party wall agreement or is planning an addition of their own, in which case this party
wall may be shared.

Moving the extension’s exterior face 5cm away from the boundary line may be a suitable compromise if a party wall agreement proves
problematic or unattainable.

Other situations to consider

Other possible difficulties, such as overshadowing and overpowering of the new project, should be considered when constructing near to
the border. Allowing extra space on the garden’s border for exterior access is sometimes even more practical than building on the entire
plot.

How close to the street can we build if we share a boundary?

End-of-terrace homes and properties that share a street border have precedence for construction on the street boundary, typically flush
with the current house’s external wall. Check to discover whether a precedent has been established in your area.

What do we need to know now that we’re in a conservation area?

In most instances, conservation zones are tougher on all types of planned construction. When looking at precedents, each conservation
area should be evaluated separately. However, recognised standards include:

It is possible to extend along a boundary line with a neighbour (with a party wall agreement). It’s worth noting that you’ll need to get
planning approval for your expansion.

An expansion on a public road will be challenging; the design will often need to reflect the conservation area’s local character in terms of
materials and style.

Is our position different since we are building a big expansion to our home in the green belt?

Within the greenbelt, any expansion must be less than the allowed extra volume set by your local authority. Furthermore, establishing
borders in these regions is a bit more difficult than in prior sections. Consider the following for a green belt extension:

Normally, the extension will need to be placed back from the property line.

In most cases, the expansion will need to be concealed from the view of passers-by and neighbours.

In extreme situations, these principles do have exceptions. If you have a pre-application, be sure to check with your council’s planning
department to see if there is any precedence in your region.

What are the consequences of owning a listed building?

Such properties face even stricter regulations.In most instances, it’s essential to get pre-application guidance from your local government,
especially if no precedent has been established elsewhere.

What can I do if my neighbours object to my extension to our shared boundary?

If you and your neighbours have a disagreement about a party wall agreement, it may rapidly become time-consuming and costly. The
whole procedure is beyond the scope of this page, but the following are some of the initial actions that may be taken:

Build far enough away from the border to avoid the need for a party wall.

Finally, whether you can maximise the extent of your expansion up to and including the borders will most likely be determined by your
near neighbours. Because of this, and because of the project in general, It’s a good idea to cultivate a positive connection with your next-
door neighbour and inform them of your intentions ahead of time in order to obtain their support.

To create the home extension in Glasgow that you’ve always promised yourself, Luke Lloyd Builders is just a click away from a prompt site visit & quotation.